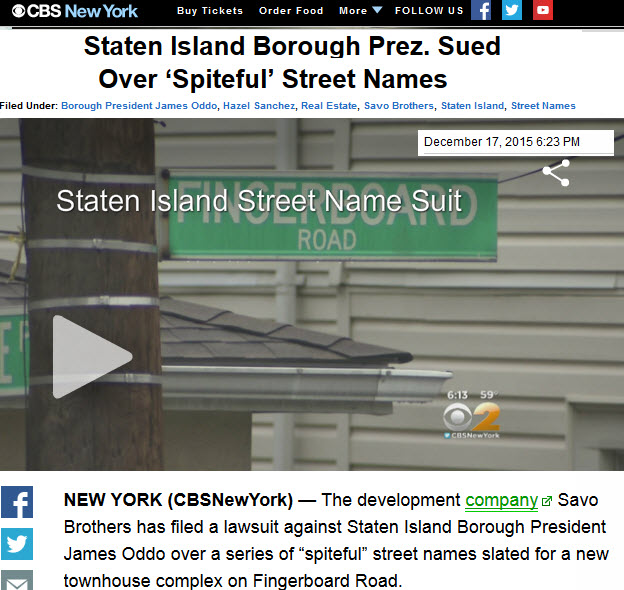 ST. GEORGE — Borough President James Oddo’s bid for revenge might be beyond the vocabulary of his constituents, a judge said.

Among them were Cupidy Drive, which means an overriding desire for wealth, Fourberie Lane, defined as trickery and deception, and Avidity Place, which is derived from avidita which means greed.

“How many people do you think around this community know the meaning of cupidity?” Judge Phillip Minardo asked after developers the Savo Brothers filed a complaint that Oddo’s suggestions defied an earlier ruling that forced the borough president to issue house numbers….more.

COMMITTEE TO SAVE MOUNT MANRESA
AT COURTHOUSE TODAY to SUPPORT BP ODDO!

Borough President Oddo is in court today fighting the Savo’s over the street names, but this is about more than just street names.  This is about the Savo Brothers exposing an entire community to Asbestos after submitting false documents for permits.

While Mount Manresa as we know it is now gone, we must be vigilant that the health and quality of life of Staten Islanders is not put at risk by these greedy builders cutting corners at our expense.  As Senator Savino and Assemblywoman Malliotakis stated “Staten Island Can’t Handle the Overdevelopment Planned for the Mount Manresa site.”

Here are the plans the Savos submitted for the Mount Manresa site:

5 Reasons to Support the Committee to Save Mount Manresa’s Efforts! 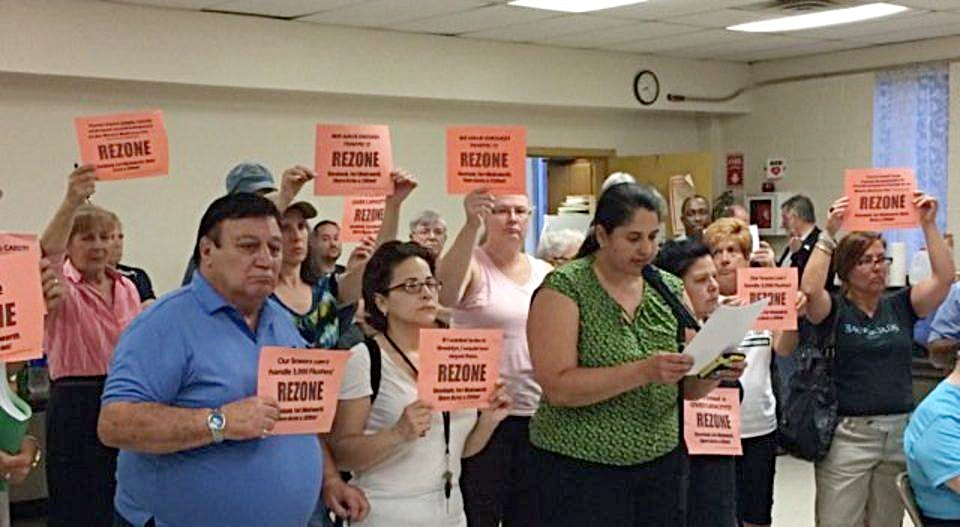 1) Our Fight Against Overdevelopment is Staten Island’s Fight!
Spend your day in traffic on Staten Island and see all the houses being crammed in.This is overdevelopment…AND it is destroying our island! The Mount Manresa site is right at the base of the Verrazano–Narrows Bridge.  Imagine the chaos that the hundreds of new residents that the Savo Brothers plan to cram in at the Mount Manresa site (AND THEIR CARS) will do to our already overburdened streets!

2) We are changing  “Business as Usual” on Staten Island.
The Savo Brothers submitted false documents and received permits for demolition. The Committee To Save Manresa forced Department of Environmental Protection (DEP) to go to Mount Manresa and confirm that there was STILL deadly cancer causing Asbestos at Mount Manresa.  Only Gaspare Santoro, the Certified Asbestos Investigator the Savos hired, was criminally charged for committing this fraud.  We continue to call for the investigation of the Savo Brothers and the DEP and Building Department.  We want to stop disreputable builders like the Savos and corrupt city workers from conducting “Business as Usual” on Staten Island. Enough is enough!

3) We need REZONING NOW!
Every time you see a building project that is out of character for the neighborhood…that’s because of the zoning.   The Growth Management Task force led by Borough President Molinaro in 2003 was supposed to identify open spaces like Mount Manresa and rezone them to protect the character of the neighborhoods.  Mount Manresa was left R3-2 (wide open for townhouses). There are many properties not zoned correctly.  If a builder were to buy the property they would be able to cram in many houses where one once stood.  City Planning is fine with this…but we are not.  The Committee To Save Manresa is calling LOUDLY for rezoning, starting with Clifton, Fort Wadsworth and Rosebank.  This will become a reality with the strong support of Community Board 1, Councilmembers Debi Rose, Steve Matteo and Joe Borelli as well as our Borough President Oddo.

4) We may not have won every battle…but we are not giving up.

The Committee To Save Manresa has fought long and hard (in the courts and on the streets) to expose the issues that affect all of us on Staten Island. Our ongoing efforts cost money.  Many of our loyal members have paid out of their own personal expenses to hire lawyers, environmental and land use experts to help us in this fight.  We can’t do this alone anymore.  We need your support.  Anything you can give (including time and energy) to this effort is much appreciated.

5) We are your friends, your neighbors, and we will be there if you need us too!
The Committee To Save Manresa is a dedicated group and we support many other civic and community groups on Staten Island.  Count on us at every Community Board Meeting and every where we need to go to fight for change.

Best Wishes to you and your Family this Holiday Season
and THANK YOU FOR YOUR SUPPORT!

The Committee to Save Manresa
www.SaveManresa.org