The committee to save Mount Manresa was formed on May 12, 2013 by Community Board  Our mission is to  do all we can to preserve and protect Mount Manresa before it is too late.  Once is is gone, it is gone.

This is a grassroots effort to save the property.  This 15 acre property has historical, landmark, environmental and sentimental value.  We need to work together as a united community to protect it so that future generations can enjoy as a park.

Committee to Save Mount Manresa – Officers

Jack Bolembach – President
Jack is currently a Deputy Plant Chief at NYC Department of Environmental Protection. He began the official movement to Save Mount Manresa. Jack is military Veteran and served aboard two Destroyers in the United States Navy. He has two Bachelor of Science Degrees one in  Economics and the other in  Finance and earned a Masters of Science in Facilities Management at Pratt Institute under the Mayors Scholarship Program.  Jack is also an elected union official for the past 14 years as a  vice-chairman in the Engineers Division of Local 3, International Brotherhood of Electrical Workers,
Jack Bolembach | Marathon92@aol.com | 347-267-4940

Barbara Sanchez – Secretary / Media Relations
Barbara is a homeowner and President of the Board at Narrows Crossings Condo.  She is a graduate of St. John Villa Academy, and has a Bachelors degree in Communications from Marist College and MBA in Marketing from Fordham University.  She is the webmaster of the official committee SaveManresa.org.
Barbara Sanchez | bsanche@yahoo.com  | 917-428-8117

Joe Canepa – Landmarking
Joe is a member of the Immigration Committee of the Richmond County Bar Association,Georgetown Club of Metropolitan New York,and owner Canepa Realty.com LLC. He is working on a project to document the graces that flowed from Mount Manresa after September 11, 2001 and the Shrine of The Sacred Heart of Jesus. He is focused on Landmarking Mount Manresa.
Joe Canepa | jcanepa@josephgcanepapllc.com | 917-991-7877

Joe Billoti  –  Community Liason / Mount Manresa Historian
Joe is a long term resident of Staten Island and a strong connection to Mount Manresa and buildings, the grounds and its history.  Joe led a rosary club at Mount Manresa for over 17 years.

Joseph and RoseAnn McAllister, South Beach Civic association
Joe and RoseAnn have been active in the South Beach community and all over Staten Island.  They have joined us and are supporting us in saving Mount Manresa.

The committee continues to grow with members and support every day.  If you have questions for the committee, please contact us. 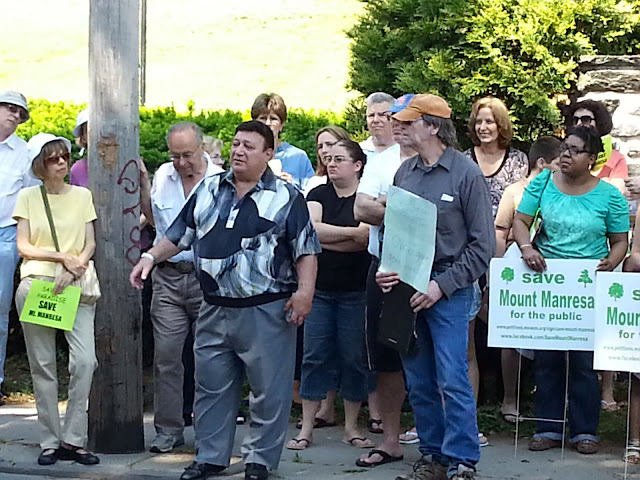